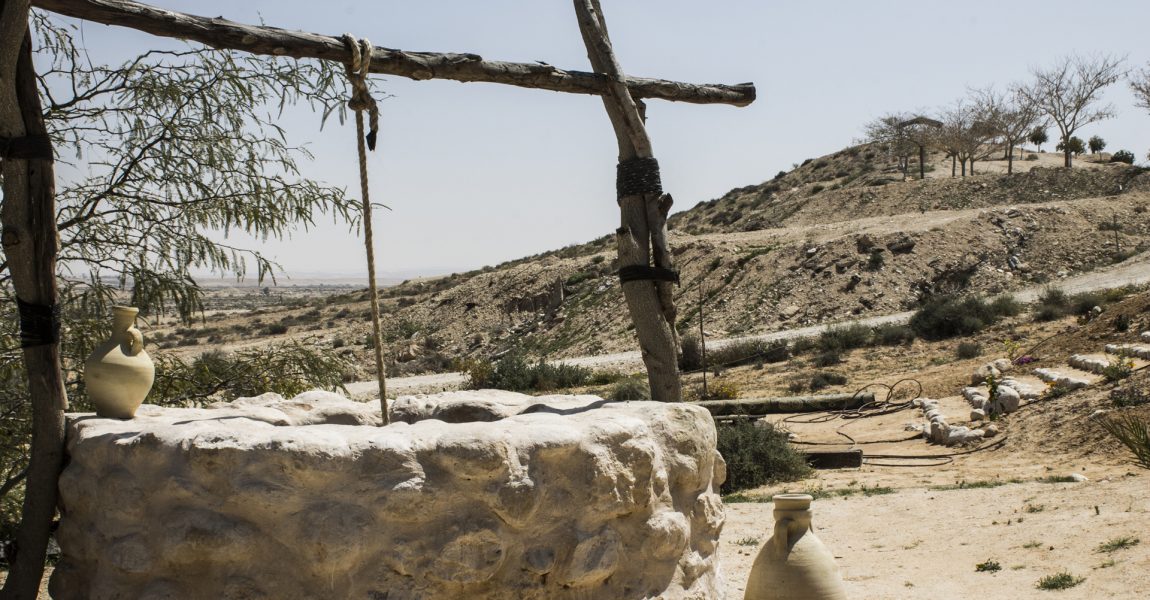 The Lord Is With You

12Then Isaac sowed in that land, and reaped in the same year a hundredfold; and the Lord blessed him. 13The man began to prosper, and continued prospering until he became very prosperous; 14for he had possessions of flocks and possessions of herds and a great number of servants. So the Philistines envied him. 15Now the Philistines had stopped up all the wells which his father’s servants had dug in the days of Abraham his father, and they had filled them with earth. 16And Abimelech said to Isaac, “Go away from us, for you are much mightier than we.”

17Then Isaac departed from there and pitched his tent in the Valley of Gerar, and dwelt there. 18And Isaac dug again the wells of water which they had dug in the days of Abraham his father, for the Philistines had stopped them up after the death of Abraham. He called them by the names which his father had called them.

19Also Isaac’s servants dug in the valley, and found a well of running water there. 20But the herdsmen of Gerar quarreled with Isaac’s herdsmen, saying, “The water is ours.” So he called the name of the well Esek, because they quarreled with him. 21Then they dug another well, and they quarreled over that one also. So he called its name Sitnah. 22And he moved from there and dug another well, and they did not quarrel over it. So he called its name Rehoboth, because he said, “For now the Lord has made room for us, and we shall be fruitful in the land.”

23Then he went up from there to Beersheba. 24And the Lord appeared to him the same night and said, “I am the God of your father Abraham; do not fear, for I am with you. I will bless you and multiply your descendants for My servant Abraham’s sake.” 25So he built an altar there and called on the name of the Lord, and he pitched his tent there; and there Isaac’s servants dug a well.

26Then Abimelech came to him from Gerar with Ahuzzath, one of his friends, and Phichol the commander of his army. 27And Isaac said to them, “Why have you come to me, since you hate me and have sent me away from you?”

28But they said, “We have certainly seen that the Lord is with you. So we said, ‘Let there now be an oath between us, between you and us; and let us make a covenant with you, 29that you will do us no harm, since we have not touched you, and since we have done nothing to you but good and have sent you away in peace. You are now the blessed of the Lord.’ ”

30So he made them a feast, and they ate and drank. 31Then they arose early in the morning and swore an oath with one another; and Isaac sent them away, and they departed from him in peace.

32It came to pass the same day that Isaac’s servants came and told him about the well which they had dug, and said to him, “We have found water.” 33So he called it Shebah. Therefore the name of the city is Beersheba to this day.