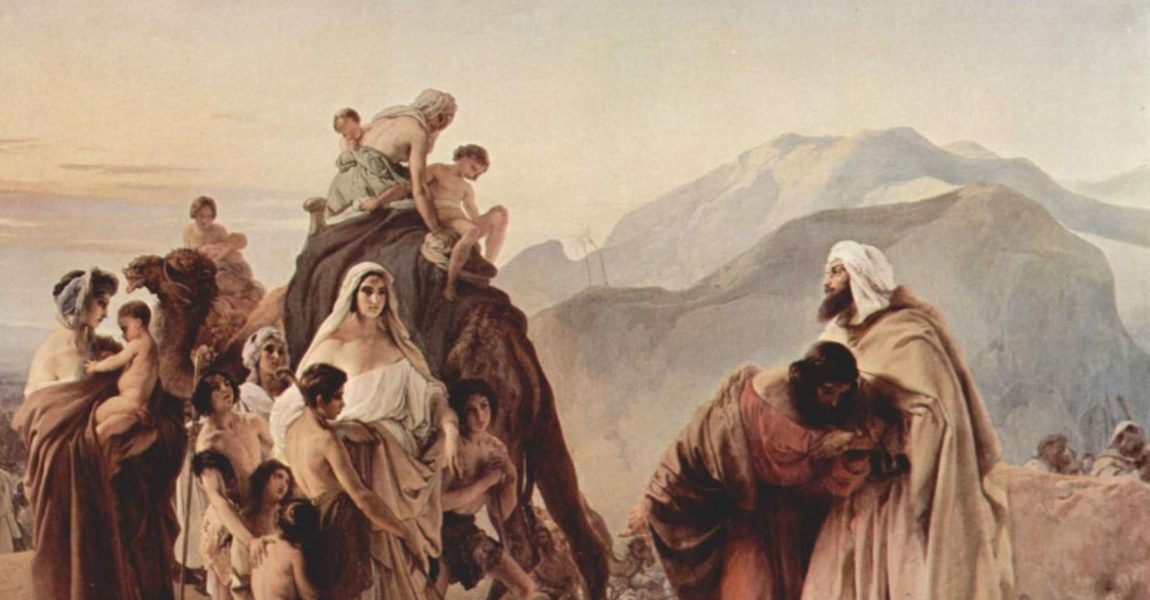 1Now Jacob heard the words of Laban’s sons, saying, “Jacob has taken away all that was our father’s, and from what was our father’s he has acquired all this wealth.” 2And Jacob saw the countenance of Laban, and indeed it was not favorable toward him as before. 3Then the Lord said to Jacob, “Return to the land of your fathers and to your family, and I will be with you.”

4So Jacob sent and called Rachel and Leah to the field, to his flock, 5and said to them, “I see your father’s countenance, that it is not favorable toward me as before; but the God of my father has been with me. 6And you know that with all my might I have served your father. 7Yet your father has deceived me and changed my wages ten times, but God did not allow him to hurt me. 8If he said thus: ‘The speckled shall be your wages,’ then all the flocks bore speckled. And if he said thus: ‘The streaked shall be your wages,’ then all the flocks bore streaked. 9So God has taken away the livestock of your father and given them to me.

10“And it happened, at the time when the flocks conceived, that I lifted my eyes and saw in a dream, and behold, the rams which leaped upon the flocks were streaked, speckled, and gray-spotted. 11Then the Angel of God spoke to me in a dream, saying, ‘Jacob.’ And I said, ‘Here I am.’ 12And He said, ‘Lift your eyes now and see, all the rams which leap on the flocks are streaked, speckled, and gray-spotted; for I have seen all that Laban is doing to you. 13I am the God of Bethel, where you anointed the pillar and where you made a vow to Me. Now arise, get out of this land, and return to the land of your family.’ ”

14Then Rachel and Leah answered and said to him, “Is there still any portion or inheritance for us in our father’s house? 15Are we not considered strangers by him? For he has sold us, and also completely consumed our money. 16For all these riches which God has taken from our father are really ours and our children’s; now then, whatever God has said to you, do it.”

17Then Jacob rose and set his sons and his wives on camels. 18And he carried away all his livestock and all his possessions which he had gained, his acquired livestock which he had gained in Padan Aram, to go to his father Isaac in the land of Canaan. 19Now Laban had gone to shear his sheep, and Rachel had stolen the household idols that were her father’s. 20And Jacob stole away, unknown to Laban the Syrian, in that he did not tell him that he intended to flee. 21So he fled with all that he had. He arose and crossed the river, and headed[c] toward the mountains of Gilead.